when our New Zealand government announces its fully supportive of measures to reduce climate change impact and reduce biodiversity loss (except not quite right now), and then announces a one billion dollar free trade deal with the United Kingdom, we sense there is a little mismatch!-or perhaps, dare we say it? -even a little smattering of psychosis? 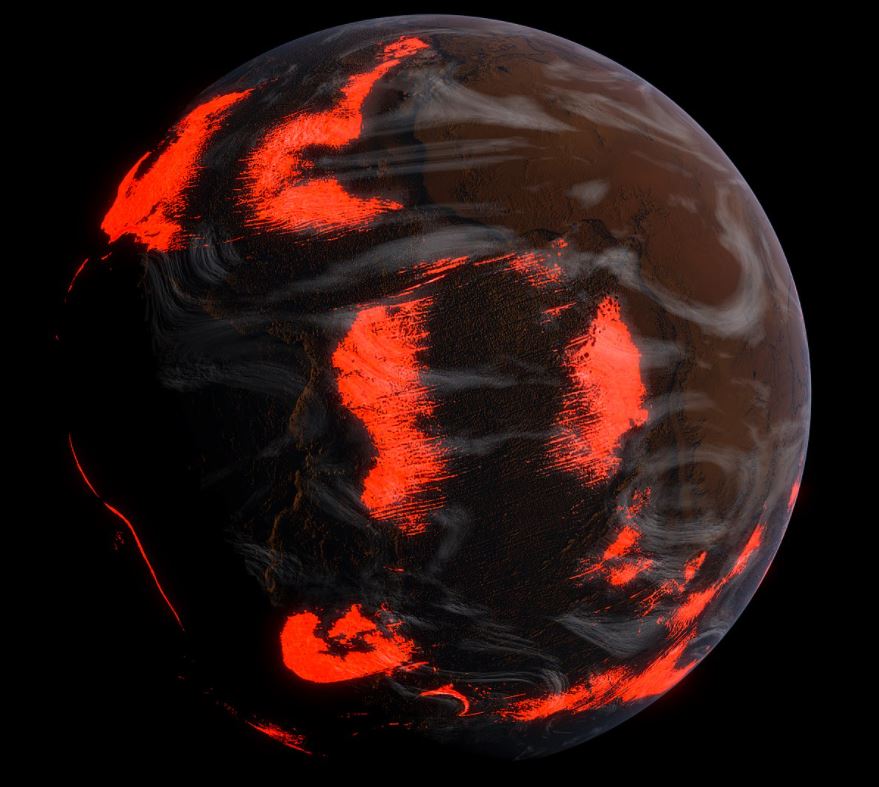 The ‘environment’ is everything on this planet; its not some separate piece of work or concept that we can occasionally pull out and look at and say, ‘well we achieved this climate or biodiversity goal, now we can get back to the real work of human progress’..

So when our New Zealand government announces its fully supportive of measures to reduce climate change impact and reduce biodiversity loss (except not quite right now), and then announces a one billion dollar free trade deal with the United Kingdom, we sense there is a little mismatch!-or perhaps, dare we say it? -even a little smattering of psychosis?

That billion dollar deal will result in more dairy production in New Zealand (more polluted and depleted water sources, more natural environment destroyed for more dairy farmland, and more processing infrastructure like roads and factories), more vineyards using prodigious amounts of poisons to keep nature at bay from their precious grapes, and more sheep and cows being brutally killed in our slaughterhouses. And that’s just the start!

In return, we will be able to access cheap goods from the U.K. that we don’t really need, and that rely on exploiting third world countries for their resources; more polluting U. K. factories and encourage Britons to eat more unsustainable beef and mutton!

But that’s progress! Isn’t it?

When are we going to see governments across the world really accept that every bit of ‘progress’ they encourage in connivance with their business allies, is destroying the planet?

A steady state economy in every country around the world is literally not going to be the end of the world – (but more ‘progress’ will be). The desperate, futile and farcical arguments that we can somehow escape global climate change and loss of diversity with more technology, is simply fiction. Every new piece of ‘alternate’ industrial production, whether it be lithium batteries, hydrogen production or carbon capture is simply sleight of hand- robbing the environment to pay for more ‘progress’.

We need to start consuming less- a lot less: Eat more local food, grow our own where we can, repair broken items, buy second hand when we need something different, stop the fiction of a housing crisis in the Western world and ensure housing bought by speculators (because of low bank rates) is occupied affordably stopping the unnecessary building of houses over land and nature, get rid of the expectation that we need that overseas holiday, or that we need to kill other species for fun and relaxation…lower our expectations that we ‘need’ this or that, and more of it- we don’t.

As the climate rapidly evolves globally into some new unknowable and unpredictable chaotic pattern, we will see more drought, more floods, more storms, more climate extremes of every kind- becoming more and more intense as we rapidly, and seemingly inevitably, head towards a 3C warmer world.

In consequence, large scale human activity; industrial farming, mining and goods production is becoming more at risk- supply chain problems are escalating, production costs are rising, transport costs are ballooning, and insurance premiums will go through the roof to cover that increasing wild unpredictability. We will have to move towards smaller and more localised production; we will not have a choice.

We know that, as they have repeatedly done before, almost all, if not every statement and commitment made at the COP26 Glasgow Climate Change conference 31st October to 12th November 2021, by politicians there will be outright lies and obfuscations-pretending to respond to the climate emergency while continuing to support big business and the media who keep them in power..

Curiously, the equally important U.N Conference on biodiversity this October 2021 in China, received almost no media attention. Yet retaining as much as we can of the remaining species now left on this planet, is vital to humans and every other species’ survival- just as much, if not more so, than climate change. The difference of course is that species loss doesn’t, apparently for now at least, impact on human economies, so its not worthy of the same attention. However, almost every aspect of human ‘progress’ requires the depletion of natural environments for other species and species’ death. The level of destruction of sentient organisms in the world via human ‘progress’ is phenomenal, and has already potentially reached a tipping point of no return for the remaining species- including humans.

To mitigate some of the impacts of climate change and biodiversity loss, we urgently need large areas of the planet to re-wild, to enable more trees to grow that don’t get cut down for profit, but that provide a long long term home for the remaining diversity of microbes, fungi insects, birds, reptiles, mammals and other species that we unknowingly rely on for our own survival; to ensure our fresh water resources are not used for profit but are fairly shared between the species we live alongside; and to build nature into our cities so that they are no longer concrete and tar cancers on the land.

It can be done- it must be done!