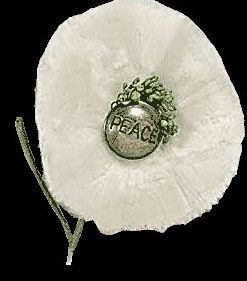 When I was at  high-school in my quiet  little New Zealand hometown, the Army came round each  classroom every once in  a while to  show  what a great  job they were doing to defend us from the commies.

I  have always remembered one swaggering staff sergeant and his corporal explaining in great detail to  our class how the  anti-personnel mines they used in Vietnam to  fight the  vietcong; or “charlie” as they liked to call them -(short for “victor charlie” or “vc”)  – how  our honourable  soldiers would  park these little  green claymore mines on their scissor legs on the jungle trails with  tripwires for the unwary-be they  “charlie” or local  peasants and their children.

Once detonated  by  the tripwire , the blast shot six hundred  little ball bearings  at deadly velocity in  a 60 degree  arc, shredding anything  and everything in  their path.  Our staff-sergeant explained with  a weary  smile that that those cunning  little charlie used to instead turn the   mines around so  that they sometimes shredded “our ” men instead.

Our staff-sergeant made it oh, so  very clear to us , that this  virtuous war  in Vietnam was not just  a war  against  the evil  commies, but a war against  the ‘yellow peril’ who  would otherwise kill us good white folks in  our beds some day.

A Harvard University study estimates that  up  to  3.8 million Vietnamese people died as a result of that  war. A recent Guardian article  says that:

The US dropped more high explosives on Vietnam than the allies used on Germany and Japan together in the second world war. It also dropped napalm jelly, which stuck to its victims while it roasted their skin; white phosphorous, which burned down to the bone; fragmentation bombs, which hurled ball bearings and steel shards in all directions; and 73m litres of toxic chemicals, including 43m litres of Agent Orange, which killed vegetation and inflicted illness on those who were exposed to it.

Infamously, the US also bombed Hanoi – a city full of civilians with no air force to defend it.

And please, make no  mistake, our New Zealand  government was fully aware of our complicity in  these horrendous war-crimes against  a people who  made the mistake of wanting to kick out their colonial  oppressors; the French.

And  were  our NZ military  commanders also  oblivious to the massive firebombing of every   city and town in North Korea (and some South Korean cities too) during the Korean War that killed,  using wild under-estimations, over one and a half million people? I think  not. Were they  aware of, or complicit in the extensive war crimes committed by  British  troops in  the Malay Insurgency?

And please, let us not forget  our active   involvement  in the capture and torture  and murder of anyone who  might just  look  like the Taleban in Afghanistan.

But of course,  this has all  been in the name of freedom  and democracy, and of course our ANZAC nation-building exercise….

For there to be true honour for our country, we must  both  acknowledge  and compensate for the incredible human  suffering our involvement in those wars have inflicted on other peoples. Are we   a brave enough  nation for that?